Four Seasons Hotels has recently launched a new gorgeous wedding magazine… Weddings Four Seasons. As each of these unique hotels offer something special for brides and grooms to be, we urge you to flip through this book for some opulent inspiration. 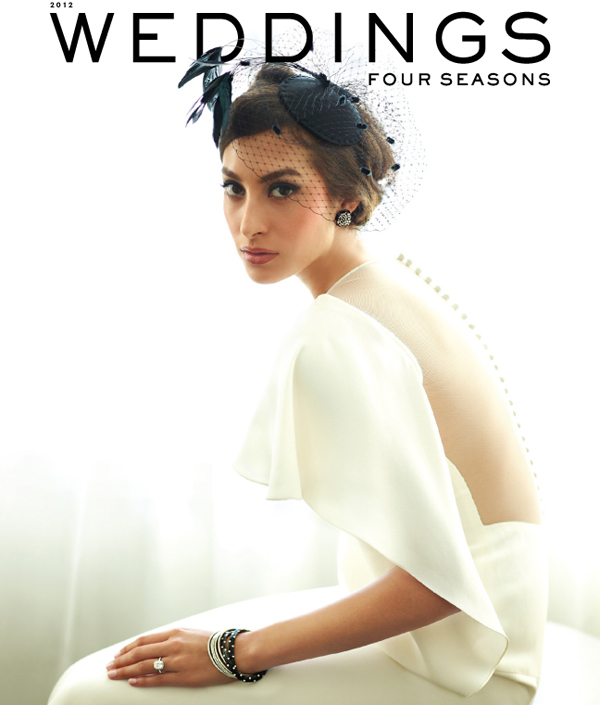 For any flower lover, it doesn’t get much better than the famous Four Seasons George V in Paris. Artistic director Jeff Leatham has built a world renowned reputation for creating magic in the grand lobby of this beautiful hotel. Many artists draw inspiration from his magical designs, which are indeed carried over to many weddings held at the Four Seasons. 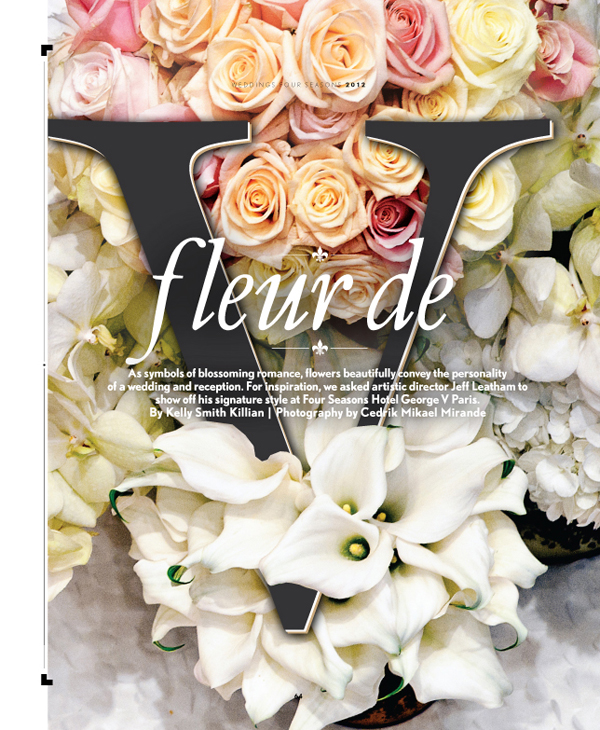 Here are a few closeups from his work that we adore: But Paris is only one of many fanastic options for your wedding. Here are some wedding tips and trends from the wedding team at Four Seasons that we are happy to share with you:

Coupled Customisation: Couples want their wedding to reflect their taste, style and personality from the moment she walks down the aisle to the last dance of the night. Mixologists at Four Seasons often create drinks that star a couple’s favourite liquor, highlight a sentimental ingredient or match the colour scheme of the day.  A couple that were married at Four Seasons Chicago had their monogram branded onto the steaks they served their guests! At Four Seasons Hotel Washington D.C. the couple had Cherry Blossoms dangling from the ceiling of the banquet foyer, with moss covering the walls and the entire banquet floor covered with custom pink carpeting.

Luxuriously Local: Brides are looking for decor and a menu that highlight their destination to create a unique experience.  For example, brides at Four Seasons Resort Jackson Hole prefer regional arrangements, including local delphinium, daisies and asters and the trend of farm-to-table and leveraging local has become top of mind. At Four Seasons Hotel Baltimore, goat cheese for dishes is sourced just across the Pennsylvania border. At Four Seasons Hotel Scottsdale, brides like to reflect a touch of the desert by dressing the table with a mini cactus at each place setting.

Midnight Munching: Who says you can’t have your cake and midnight snack too? At Four Seasons Hotel Vail guests can enjoy bison sliders and Bailey’s chocolate milkshakes after a night of dancing.  Four Seasons Resort The Biltmore Santa Barbara offers breakfast burrito to curb appetites when late night hunger strikes.

Beyond Believable: There is no question that Four Seasons wedding consultants are sometimes asked to achieve the impossible, yet they always come through. Here are some of the more unique stories:

Post Views: 31
PREV Get the Look…
NEXT Flip Flop Fun